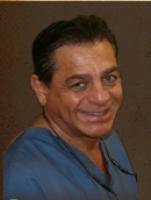 Dr. Lewis received his DMD degree from the University of Pittsburg, School of Dental Medicine in 1980 and graduated with honors. He was selected for the USAF sponsored training in periodontology at the University of Washington, School of Dentistry. In 1988, he received his certificates of training in periodontology. He also has a master’s degree in animal physiology with his primary research background in bone growth and bone healing.

Dr. Lewis is a registered continuing education provider for the State of California and has lectured extensively throughout his career. He is particularly interested in preprosthetic and esthetic surgical procedures, surgical regeneration techniques, and cases involving drug inducing gingival overgrowth.

Dr. Lewis is a Diplomate of the American Academy of Periodontology as well as a member of the American Dental Association, California Dental Association, and the Sacramento District Dental Society. He is trained and licensed in all phases of periodontology, implantology, and conscious sedation. Dr. Lewis is also an evaluator for California conscious sedation permits.

He has many interests, particularly traveling, photography, and physical fitness.